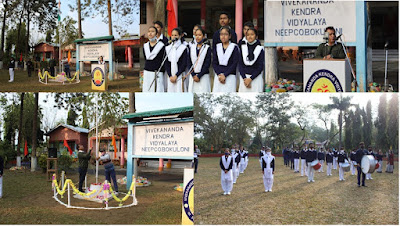 73rd Republic Day was celebrated on 26th January 2022 at 8.00 am both via online mode and offline mode. The program started with hoisting of National Flag by Principal Sir followed by National Anthem with band by students of Class IX and X. After that Jesita Jana of class IX lead the Swadesh Mantra. Tajaynnya Gogoi of class VIII did the anchoring. Principal Sir, Shri Guru Charan Das delivered a speech on the significance of the day and thanked all the students and teachers for their effort in these trying times of Covid 19 pandemic and its variants. In his speech he encouraged the students in contributing towards making a corruption free India. The motivating speech was followed by a group song by students. After that Namrata Bordoloi, a student of class VIII delivered a speech on Republic Day. The online program concluded here for students of classes KG to VIII but the students of classes IX and X performed Surya Namaskar as part of Surya Namaskar for Vitality programme under Azadi Ka Amrit Mahotsav initiative. The offline celebration concluded with sweet distribution and prize distribution to the winners of different competitions for teachers and staff members throughout the session. 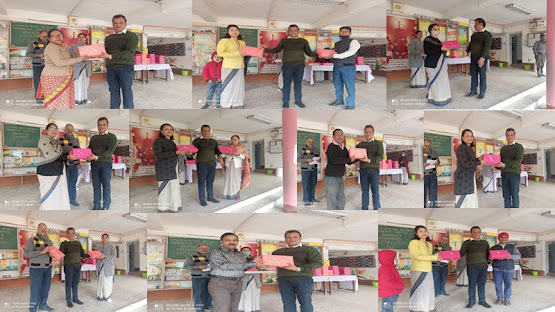 Swamiji's Jayanti cum National Youth Day was celebrated on 12th January 2022 in the School Assembly hall at 9.30 am. Mayuranki Sonowal of Class X anchored the programme. The celebration commenced with a welcome song by Ranjit Sir and a group of students. Gita didi delivered a speech on the illustrious life and deeds of Swamiji, who is an inspiration for all. Classes KG to VII joined online while Classes VIII to X were physically present. Prize distribution event was then conducted for classes VIII, IX and X to felicitate and recognize the talents of the students in various fields like reading, writing, sports etc. After this, under the guidance of Dipak Sir, the students did Surya Namaskar which was followed by Pushpanjali of Swamiji and Aarti of  Bharatmata. The programme concluded with vote of thanks by Punya Lakhi didi followed by sweet distribution. 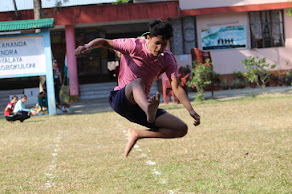 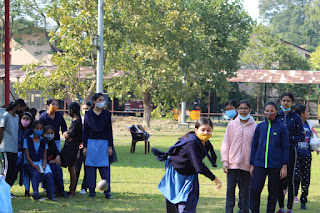 Sports Day Concluding Ceremony was organised on 6th January 2022. The function began at 2 pm. Sri. Anupam Singha Baruah, an executive of NEEPCO Bokuloni was the chief guest. Anchita Baruah of Class VII was the anchor. The programme started with a group song performed by Class X students. After this, Principal Sir and the Chief Guest handed over the prizes to the winners of the VKGK Quiz Competition. It was followed by some cultural performances including a Tiwa dance, Group song and a Patriotic dance. The cultural programme concluded with Bharatmata Aarti by all present. Sri. Anupam Baruah congratulated the winners, players and the performers in his speech for their performances and emphasized on the essence of sports and games in our life. Thus the conclusion of Annual Sports Week was announced with the lowering of the Sports Flag and vote of thanks by Jyotsna didi followed by distribution of sweets.

On the occassion of Samartha Bharat Parva all the teachers and students offer Aarti after school hours. Everyday a teacher delivers a speech on the patriots of India during the morning assembly. Swadesh Mantra and Vande Mataram song led by a group of students are also performed in the morning assembly. 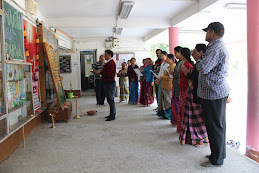 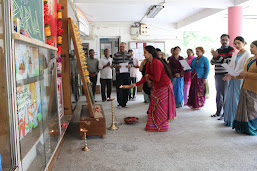 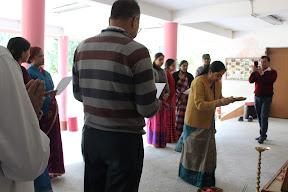 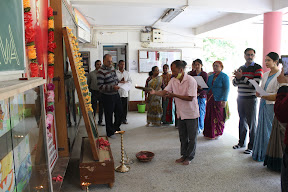 Kalpataru Divas was observed on 1st January during the morning assembly. Ranjit Sir along with some students performed a Ram bhajan and all the students followed from their respective classes. Sanjay Srivastav Sir delivered a speech on the importance of the day.

Matri Divas was celebrated on 27th December. KG Mother parents were invited to the programme. A melodious Krishna bhajan was performed by teachers. Gita didi delivered a speech on Sharda Ma including some points from Nivedita Didi's letter. It was followed by a presentation and talk show on the contributions of Great Indian Women in different fields and how they have influenced our lives. Towards the end two games were arranged for the Mothers. 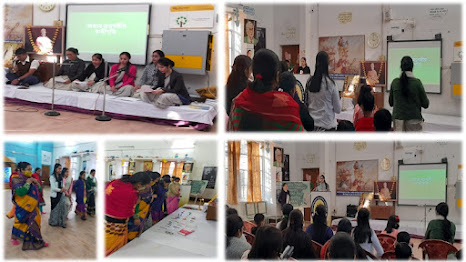 A Food Festival was also organized on the same day wherein all the lady teachers prepared different dishes. Four judges were chosen randomly from among the Mothers and Staff members. 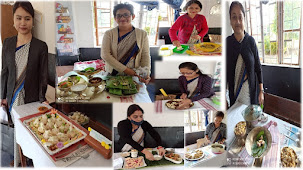 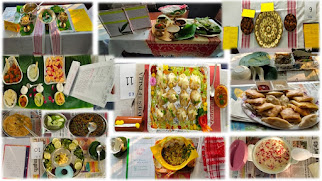 On 10th and 11th December 2020 Gita chanting competition was conducted for classes I to X. On 14th December a common programme was held after the morning assembly which included a speech on Karmayoga Shloka by Jyotsna Didi followed by Gita chanting by students. 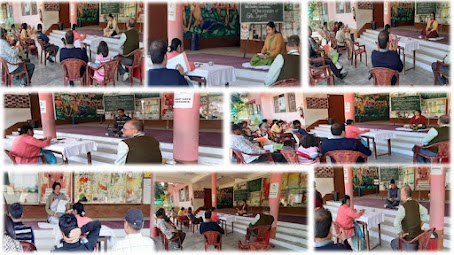 In the evening a common family function was held for the members of Amrit Parivar, VMC members. Prize winners of different competitions were also invited to the programme. Approximately 80 members attended the programme. The programme started with Mangalacharan and Gita chanting by teachers. Srivastav Sir presented a video on the teachings of Gita which was a valuable session. The last item was a game for both parents and students. Light refreshment was also provided. 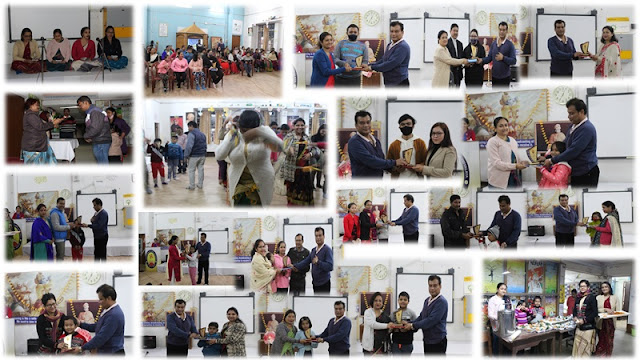 DIKSHA APP TO CONTRIBUTE MORE IN EDUCATION GET MORE INFO

COLLECTION OF CBSE BOOKS IN ELECTRONIC FORMAT GET MORE INFO